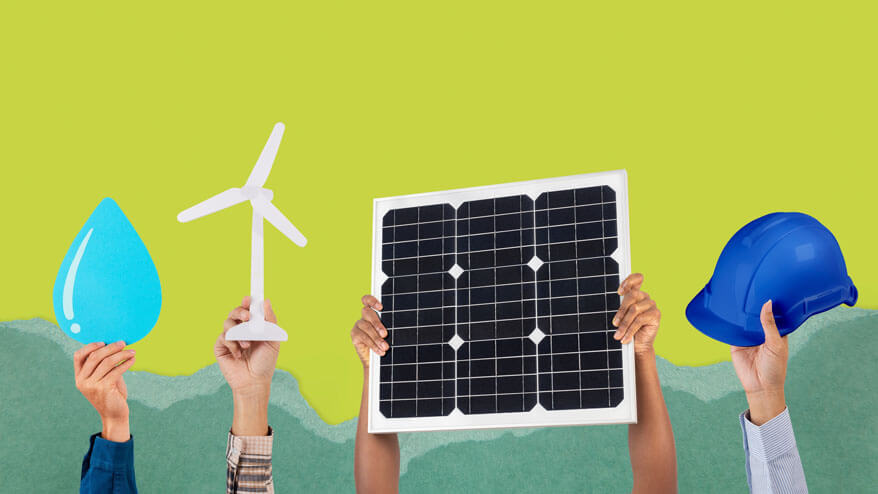 Due to possible gas supply shortages, experts are increasingly calling for the withdrawal from fossil fuels. Most recently, Ukraine announced on May 10, 2022 that it would not be able to transfer gas in the Luhansk region to Germany due to the conflict with Russia. According to the Ukrainian gas network operator, up to 32.6 million cubic meters of gas per day will be affected by the interruption of this transfer. The German Federal Ministry of Economics and Technology has already announced that despite the restriction, German supplies remain secure, but Germany is still dependent on other countries for energy.

The national gas supply in a case like this is regulated with the help of the so-called “Gas Emergency Plan“. We already published several articles on this in April.

One proposed solution to Germany’s demand for greater energy independence is hydrogen. Among other things, this can be produced as “green hydrogen” with the help of renewable energy. To spur the desired energy self-sufficiency, the EU announced an accelerated development of an industry for electrolysers. Both corporations and the EU Commission this month presented a declaration of intent to accelerate the expansion of hydrogen infrastructure.

EU Internal Market Commissioner Thierry Breton met with company bosses and representatives of the hydrogen industry in Brussels at the beginning of May as part of the “European Clean Hydrogen Alliance” initiative. The talks focused on a rapid build-up of electrolyzer capacities and overcoming hurdles in European hydrogen production. The EU Commission presented the “Repower EU” plan at the beginning of March. This plan aims to produce ten million tons of green hydrogen in the EU by 2030. However, manufacturers are still concerned about the implementation of the plans due to the high costs and the lack of European value chains for the development of the capacities.

More and more companies are turning to hydrogen. The Bosch Group announced that it will invest half a billion euros in the development of components for hydrogen electrolysis over the next eight years. The oil and gas group Wintershall plans to invest one billion euros with partners in a production plant in Wilhelmshaven.

Are you also planning a project in the field of hydrogen or do you have a question on the subject? The weyer gruppe will be happy to support you. Contact us at:

Here you will find more articles on the topic of the energy transition.