Nowadays, process simulation has become an integral part of process technology and engineering. When it comes to the representation and calculation of complex processes or process stages, process simulation showcases its full strengths. For processes in which reactions occur, but also for the thermal separation of mixtures of substances, such as distillation, to name just a few examples, it is nearly impossible to calculate and design them efficiently and relatively accurately without the support of a process simulation tool. After the process with its individual process stages has been set up, the next step is to define the components that are introduced into the process. To this end, a very extensive component database is available, containing a large number of substances with their respective substance data. However, substances not yet included in the database may also be entered afterwards.

The individual substances are then assigned to a distillation column for example, in which they are to be separated. As a first step, the column is then preconfigured with its dimensions, internal fittings and operating parameters. Here, the experience of the user is especially important, as he will choose a plausible approach for getting started. In order to do this, he can also make use of the graphical representation, which includes vapour pressure curves as well as boiling range diagrams of binary mixtures in order to get a first feeling for the behaviour of the material.

Should the simulation then produce the first acceptable results, further optimisation can begin. A number of options are available for this purpose, including the so-called sensitivity analysis, showing how a step-by-step change of one or even two parameters affects the process step or the outcome.

During process simulation, any number of process steps can be connected and their dependencies among each other can be depicted. Once a process has been optimised, it is also possible to design a number of components, especially in the area of thermal processes. Whether it is a rectification column or the associated heat exchangers such as a condenser and a reboiler.

The examples shown above provide only a very small extract of the scope of a process simulation tool. As a general rule, wherever processes involve the handling of liquids, gases and vapours, process simulation is an excellent tool and cannot be replaced by any other alternative. 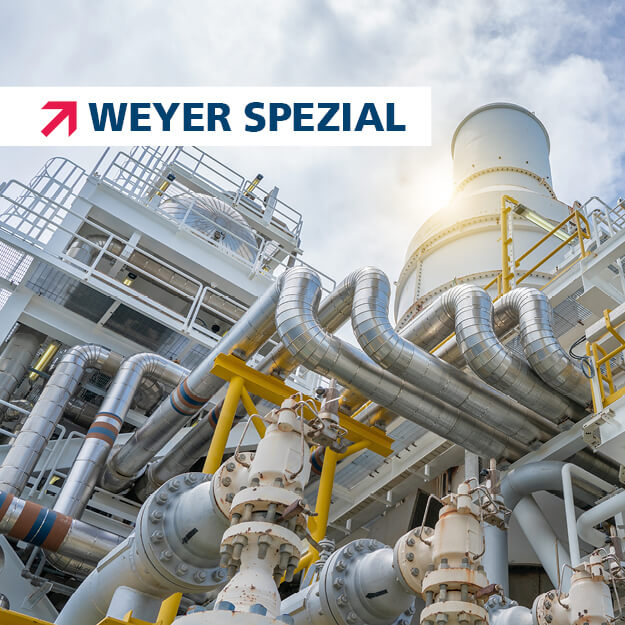